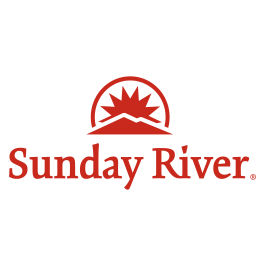 Sunday River Lodging Options
Grand Summit Hotel $105.00
Grand Summit One Bedroom $135.00
Call (800) 207-2365 and mention the Hall of Fame to book.
Rates are based on per room, double occupancy
all rooms are subject to the current Maine State rooms & lodging tax & Resort Fees

Karen Colburn
A native of Bangor, Karen Colburn grew up skiing at Squaw Mountain in Greenville, joining the Junior masters program, the precursor to Freestyle. In the mid seventies she was a freestyle pioneer winning everything in Maine and moving onto the national scene by winning the first ever USSA Women’s National Amateur Freestyle Championship at Killington in 1975. At age 18 she earned a place on the Professional Freestyle Association’s World Trophy Tour where she excelled in moguls, aerials and ballet . Karen Colburn was a top skier among the pioneers who established freestyle leading to its inclusion in World Cup and Olympic events.
Leon Akers
Following four years on the Andover High School ski team Leon Akers lettered on the UMO ski team for three years and coached all four events at Mexico High School for ten years, developing such skiers as the Miller brothers. In addition to coaching he founded the Akers Ski Shop in 1958 importing ski equipment from Finland, Norway and Sweden, supplying equipment for schools and colleges throughout the United States. He continues to maintain trails on his own property available to all at no charge.
Anne Dowling
Starting at age three Anne Dowling skied Sugarloaf working her way up through the freestyle program. At ages 6,7 and 8 she was winning her age groups in Eastern Freestyle competition made her first national at age 11. After winning the combined title at the junior World Championships in France at age 13 she was on her way. From 1985 to 1995 she competed around the world as a member of the US Freestyle team consistently one of the top skiers on the team.
Norman Libby
Owner of a Bridgton Insurance agency, Norman Libby may have been Maine’s first winter adventurer. He was one of, if not the first, to ski Pleasant Mountain in the 1890’s. Libby was also the first to actually ski Mount Washington, in 1906 from the west accessing the mountain by climbing along the Cog Railway, and in 1907 from the East, up the Auto Road. On the second trip he and a friend, actually skied all the way from Bridgton, ascending several smaller peaks along the way.
David Stonebraker
David Stonebraker coached Hebron Academy ski teams for 37 years, becoming a leader in prep School skiing. He helped craft the bylaws of the Maine Prep League and also was active in MARA (Maine Alpine Racing Association) serving as TD at USSA races in Maine. In the mid 1980’s Dave helped lay out the Hebron’s current XC trail system which he continues to work on and maintain to this day.
Kristina Sabasteanski
After competing in Olympic Biathlon as a member of the U.S. Army Kristina brought her Nordic skills to Maine and promptly got involved in Maine skiing. At Pineland she founded the Veteran’s Adaptive Sports and Training Program which involves our veterans in skiing and healthy outdoor activities. From 2003 to 2006 Kristina was a spokesperson for Winterkids, visiting classrooms promoting Nordic skiing and motivating kids to get into outdoor sports in winter. For the past four years she has been a NENSA (New England Nordic Skiing Assn.) presenter on Women’s Days.
Warren Cook
When his uncle Board Chairman King Cummings called him to help reorganizing Sugarloaf, Cook answered the call and used his business skills to bring the resort out of Chapter 11 without any loss of operations or jobs. His willingness to work in the front lines set an example for Sugarloaf employees inspiring greater performance in guest services. Warren’s greatest legacy is the long list of employees he mentored who have gone on to fill important positions not only at Sugarloaf but elsewhere in the industry, John Diller, 18 years as Sugarloaf GM, Nancy Marshall, operating one of Maine’s top PR Firms, Chip Carey, who has been a leading marketing director from Sugarloaf to Jackson Hole and current Sunday River President Dana Bullen along with others.
Close